To complement the answers already posted, here are some SEDE queries. (SEDE queries have the advantage that they can be run by any user - and they also can be easily run on other sites. And also if we run those queries at some future date, we get an updated information. On the other hand, site analytics contain also some information which isn't available SEDE - for example page views or visits.)

Specifically, if we look at the first query - with the number of posts - we get the following graph. (It would probably be good to update the picture a few weeks later - to see how the trends change after that.) 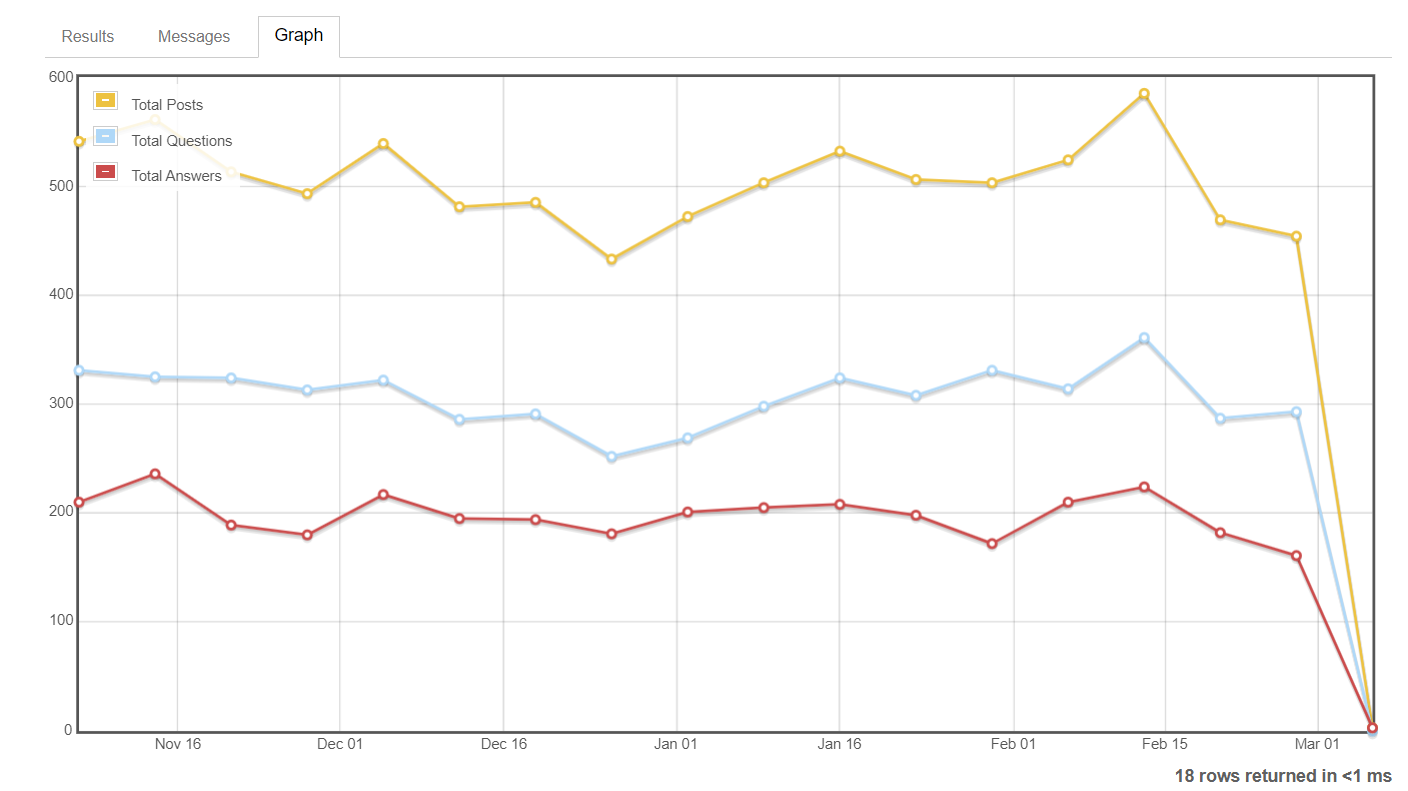 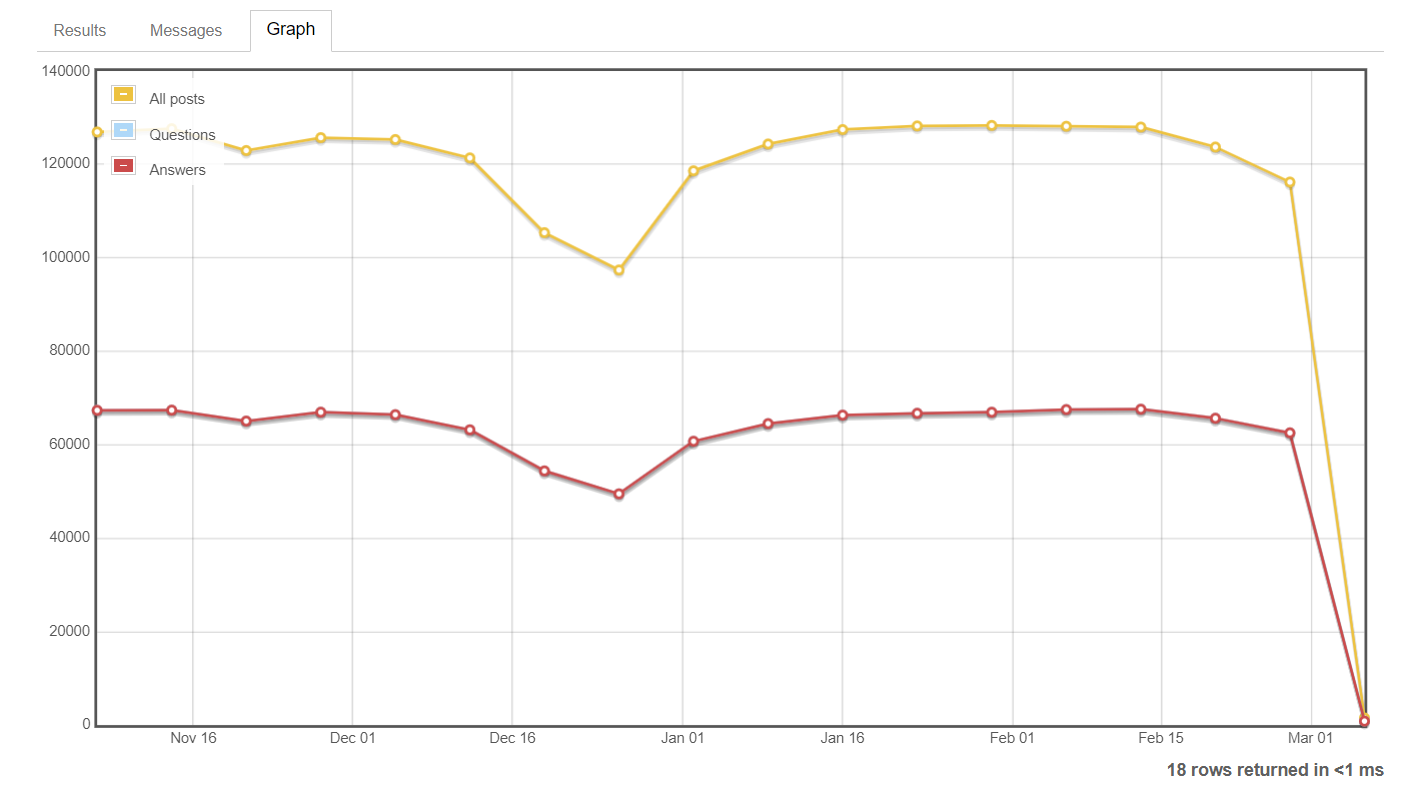