This is a place to collect MathOverflow success stories!

Was some of your research inspired by something on MathOverflow? Do you know questions & answers that led to interesting research? MathOverflow citations? Open problems solved on MathOverflow? Then add your story in an answer! (One story per answer, please!)

If you want to help get this thread started, you can use this search to find MathOverflow citations on the arXiv or migrate some old stories from tea.mathoverflow.net.

The MO question, "Shortest closed curve to inspect a sphere," was cited as the "initial stimulus" for the paper

He establishes a lowerbound of $6\sqrt{3}$ on the shortest inspection curve, more than $80$% of the conjectured $4 \pi$ lowerbound.

Julien Marché's question "Homology generated by lifts of simple curves" was the first appearance in print of a folklore question (I first was asked it back when I was a postdoc). As I discuss in my answer here, there have been a number of recent papers addressing it, including

In 2013 John Pardon solved the Hilbert-Smith conjecture for group actions on 3-manifolds. Lemma 2.17 of the paper was based on the answer to this mathoverflow question. I was quite surprised to receive an e-mail a few months after answering the question with a preprint resolving the conjecture, especially since I did not know the identity of the MO user (at the time he had a generic account name) or for what purpose the question was intended.

The full answer to the question Decidability of diophantine equation in a theory by rainmaker in the case of Robinson’s arithmetic was written up in my paper Division by zero, Archive for Mathematical Logic 55 (2016), no. 7, pp. 997–1013.

This doesn't quite fit the mold of the other postings, but Matt Parker (Numberphile and StandUpMaths) made a YouTube video that mentions MathOverflow several times, and particularly highlights the work of Moritz Firsching. 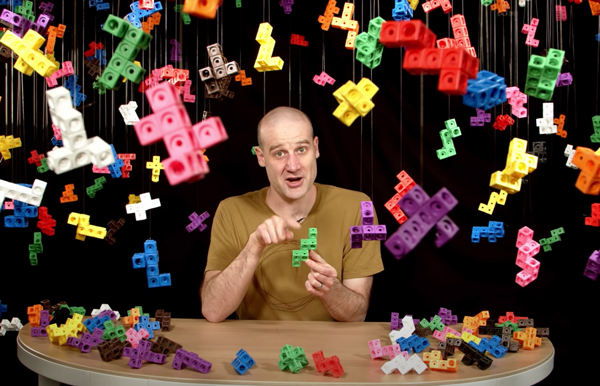 Yoav Kallus gave interesting improvement in “The Two Sheriffs” puzzle. It is not a serious open problem but he gave a really surprizing answer using Fano plane.

This paper of mine (Arithmetic Restrictions on Geometric Monodromy) was inspired in large part by this question asked by Lisa S., though the original motivation is not so obvious in the final product.

The paper "Majority colourings of digraphs" by Paul Seymour, Stephan Kreutzer, Sang-il Oum, David R. Wood and myself has its origin in my question "Majority coloring for directed graphs".

My Forum of Mathematics Sigma paper (published 2021) answered a 20-year old question of Jeff Shallit. The proof makes crucial use of ideas in a 2016 MO answer by Anthony Quas.

Abstract. We provide a quantitative obstruction to collapsing surfaces of genus at least $2$ under a lower curvature bound and an upper diameter bound.

Joachim König has answered my question Order of products of elements in symmetric groups in his paper A note on the product of two permutations of prescribed orders, to appear in European Journal of Combinatorics.

Quoting Oscar Cunningham's answer to an MO question asking for decision problems that are not known to be decidable:

In Conway's Game of Life, the problem of deciding whether a given pattern with finitely many live cells is a Garden of Eden (i.e. whether it lacks a predecessor).

Added 2019 December 3: Having learnt about the problem from this post, Ville Salo and Ilkka Törmä have produced a paper (Gardens of Eden in the Game of Life) showing that this problem is decidable.

I asked a somewhat silly question, which silliness was pointed out by Tobias Fritz, which answer I cited just to be pedantic about a point in set theory in a paper I wrote recently.

The discussion initiated by my question Primes occurring as orders of elements of a finitely presented group led to the addition of Section 5 to:

This paper addresses and partially solves a question posed by Matthew Kahle, whose MO question they explicitly cite: chromatic number of the hyperbolic plane.

"Using spectral methods, we prove that if the colour classes are measurable, then at least six colours are needed to properly colour $\mathbb{H}(d)$ when $d$ is sufficiently large."

This MO question "Property $\Gamma$ in terms of correspondences" led us to answer two old open problems and to push further a third more recent result:

Ilya Bogdanov has answered my question Graphs with only disjoint perfect matchings on certain coloring in graphs, that emerged through research in quantum physics. This answer has inspired quite a bit of research:

Furthermore in Questions on the Structure of Perfect Matchings inspired by Quantum Physics, we generalize the question on inherited colorings to cover the full potential of quantum physics. One of my co-authors is Daniel Soltész, who I only met through MO. In this paper we cited Bogdanov's MO answere again (and called it "Bogdanov's Lemma").

The Q1 of the article is another MO question"Vertex coloring inherited from perfect matchings (motivated by quantum physics)", but i have little hope that I get so lucky again.

This is certainly, by far, my personal "Best of MO".

Another candidate for this thread of Mathoverflow success stories: my recent answer to Finding the nearest matrix with real eigenvalues.

We started our research by thinking about this problem, but then we were happily surprised to find out that the technique can be applied also to a harder problem that had already been studied in the literature on numerical linear algebra and control theory, that of finding the nearest Hurwitz stable matrix. And, more generally, it can be extended to solve numerically the problem of finding $$ B = \arg \min_{S_\Omega} \|B-A\|_F, $$ where $S_\Omega$ is the set of all (real or complex) matrices with all eigenvalues in a given closed set $\Omega$. Another nice example of how procrastinating and thinking about Mathoverflow questions can lead to useful research sometimes. :)

A paper by T. Chartier, P.P. Pach and myself describing the status of "Can we color Z^+ with n colors such that a, 2a, …, na all have different colors for all a?" has just been published.

In response to an MO question, On maximal regular polyhedra inscribed in a regular polyhedron, Moritz Firsching filled in the missing cases from H.T. Crofts original paper on the topic.

Beginning with discussions in MO, it was proved that the Apéry sequence is a Stieltjes moment sequence. My final streamlined argument for this was posted to the arxiv in 2020: LINK

Here are two kind-of dual results that have now been proved after I asked them here:

The first arose from Induced map on path manifolds: is it a submersion?, which got an answer in very general terms involving generalised smooth spaces in this preprint:

in a way that only partially overlaps with Andrew Stacey's version; in one sense it's less general, but it seems to use a stronger notion of submersion/regular map.

The second came from Extension of functions from geodesically convex compact sets in a Riemannian manifold, which has now been answered in

A different kind of question I asked now has three papers giving three different approaches, namely On a weak choice principle, which led to (in chronological order):

This preprint of Souvik Dey (on commutative ring theory) cites an MO post.

Not the answer you're looking for? Browse other questions tagged discussion faq site-promotion .

0
Big Ideas and Proofs Originating on StackExchange or Overflow?
117
MO-Hard Questions
35
Using ideas found in MO and MSE in a paper
23
Examples of mathematical exposition arising from MO answers
15
How to emphasize MathOverflow's best content?
41
Have any MO-hard problems ascended to "real" open problems in their fields?
19
Should I give a link to my recent published paper to an old question of mine on MO?
11
Where to share MathOverflow success stories?
12
Is there a way to measure the effectiveness of MO?
21
Tea archive (mathoverflow.tqft.net) seems to be down
See more linked questions

8
Answer to what was an open question
27
Reference to Mathoverflow
117
MO-Hard Questions
23
MathOverflow @ ICM2014 : We Want You!
47
arXiv vs MathOverflow - popularity of disciplines
27
Using MathOverflow to get new results in your research and publish them afterwards
10
Papers, articles, books and other resources discussing MathOverflow
21
Stack-exchange devoted to research problems, the suggested approaches and updates
14
2021 Moderator Election Q&A - Question Collection
Question feed