Until a few years ago MathOverflow front page had a short section at the top describing what the site is for. I am not sure when it disappeared or why but I would like to see it restored. Currently new users have no idea what kind of questions are appropriate here. One has to dig through Help center to find this info. This is not user friendly and most people would not know to look there. Adding a short "About MathOverflow" section to the front page should cut down on off-topic questions (calculus homework etc).

To add an alternative suggestion to Tim Campion's answer: Maybe it would be good to have a banner in the sidebar - similar as on Law Stack Exchange or Medical Sciences Stack Exchange. (And also on some other sites - see here: Which elements of the frontpage can be customized per site?)

The fact that some sites have such banners suggests that this is technically possible. (Probably the moderators would have to check with some of the community moderators or some other Stack Exchange staff whether this would be a feasible option also here.)

To clarify a bit better what I mean, I will include a screenshot from Law Stack Exchange: 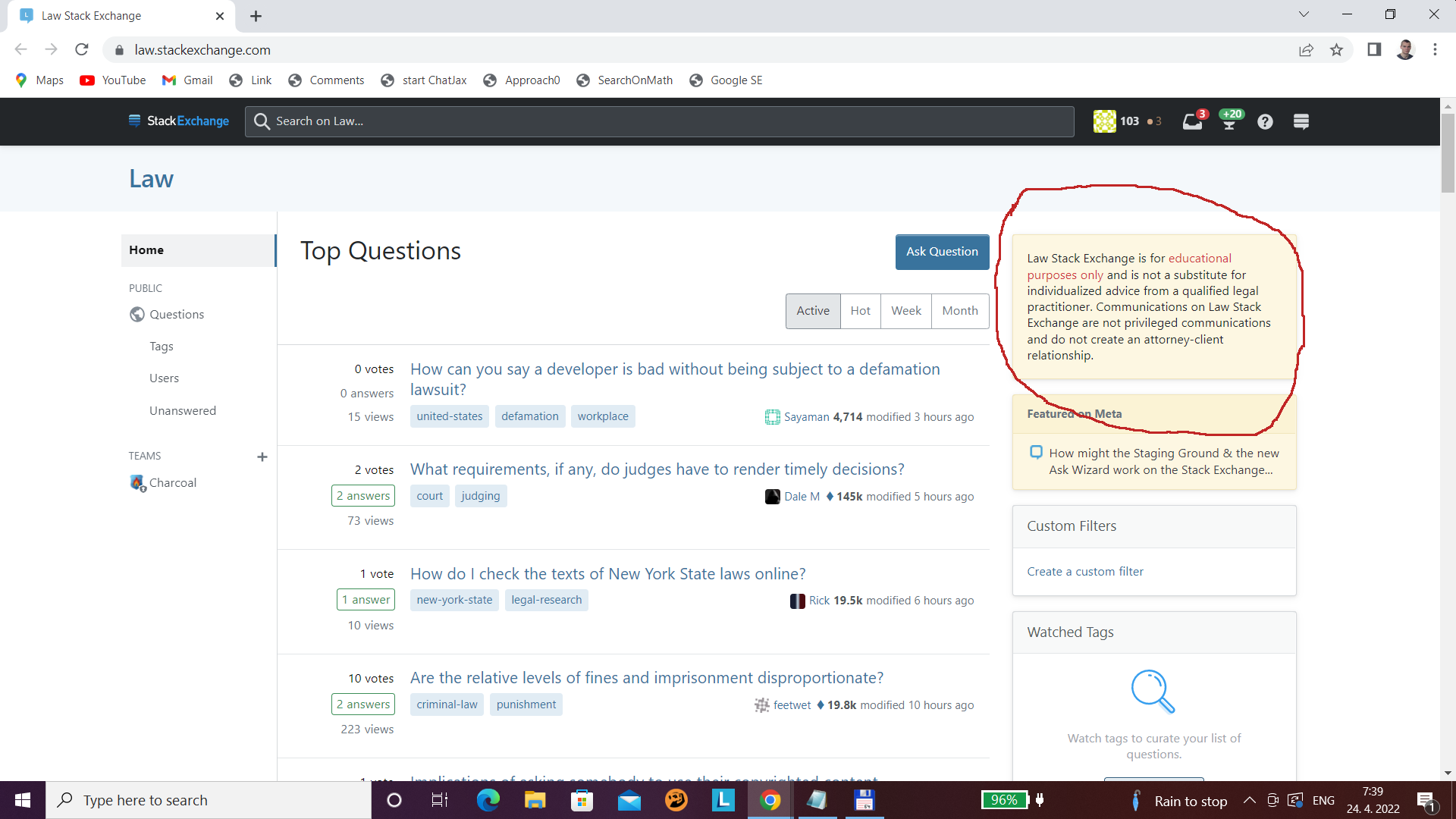 And also from Medical Sciences: 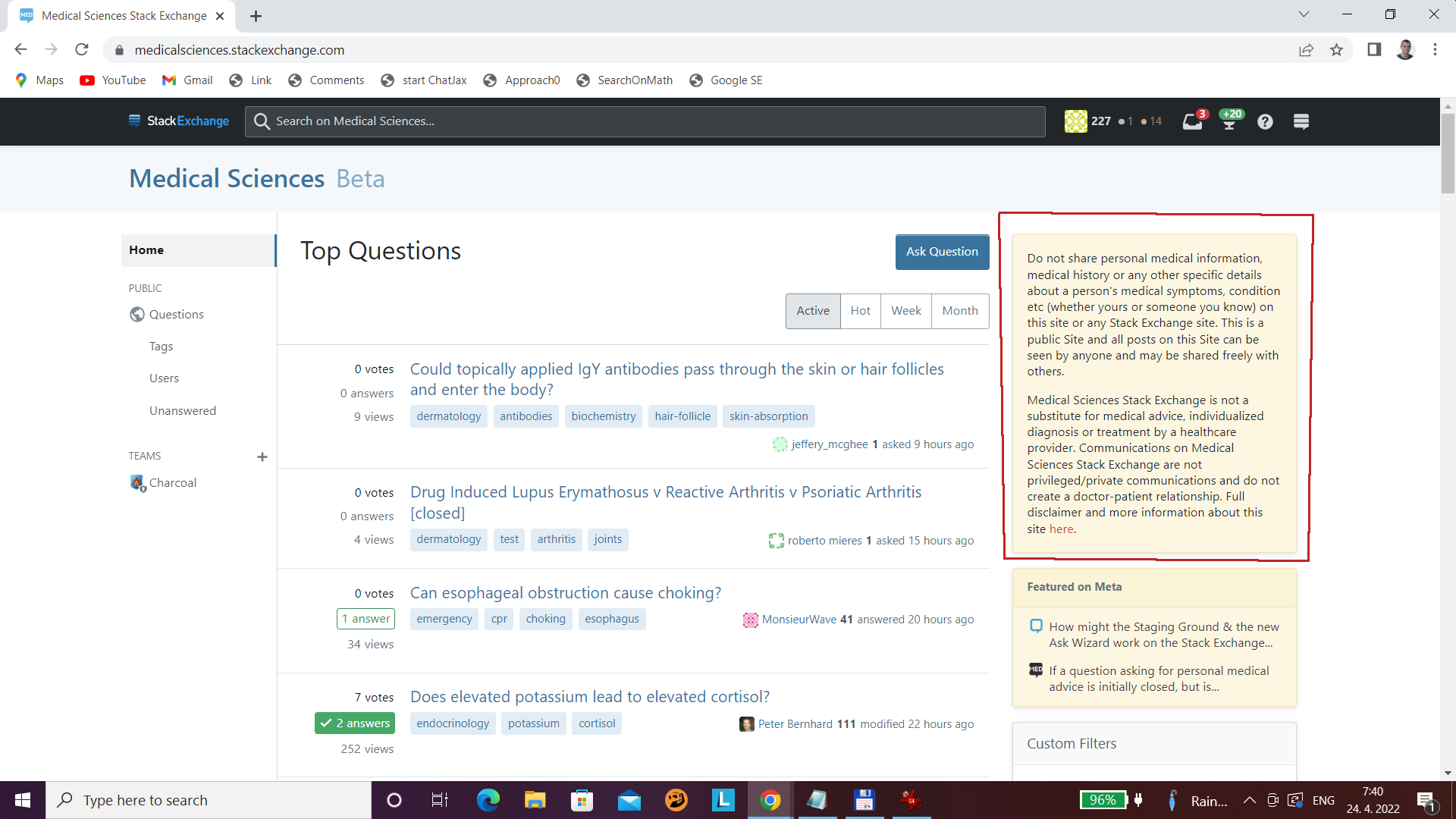 Is the suggestion to try customizing the black banner at the top?

-19
MathOverflow updated site theme is ready for testing!
66
Why is "what is the difference between mathoverflow and math.stackexchange?" not prominently displayed?
25
Why is “MathOverflow” spelled without a space when “Stack Overflow” is spelled with a space?
15
What should the modal window for first-time askers say?
6
Might featuring some FAQ posts on meta be useful?

9
Homework section in the Help Center slightly outdated
11
Should top mathoverflow threads get DOIs and be permanently archived?
13
Archiving of MathOverflow threads
19
Should I give a link to my recent published paper to an old question of mine on MO?
45
Should graduate students be encouraged to participate in MO? If so, at what stage?
Question feed