I am using Firefox 94.0.1, with no user scripts. I have a few add-ons, which I can list if needed, but, since the behaviour does not always occur, they cannot always be interfering. My renderer is HTML-CSS, with "fast preview" (maybe that is it?).

In the displayed screenshot, taken during my edit of the deleted answer https://mathoverflow.net/a/407851, the definition of $K$ uses \{\}, but the preview does not show braces. The braces showed properly when the answer was undeleted.

EDIT: This does not seem to be about whether the question is deleted or undeleted; it seems that the braces do not show during preview, but do show after rendering. That makes it appear to be a duplicate of Braces don't render in preview, but that is reported resolved. 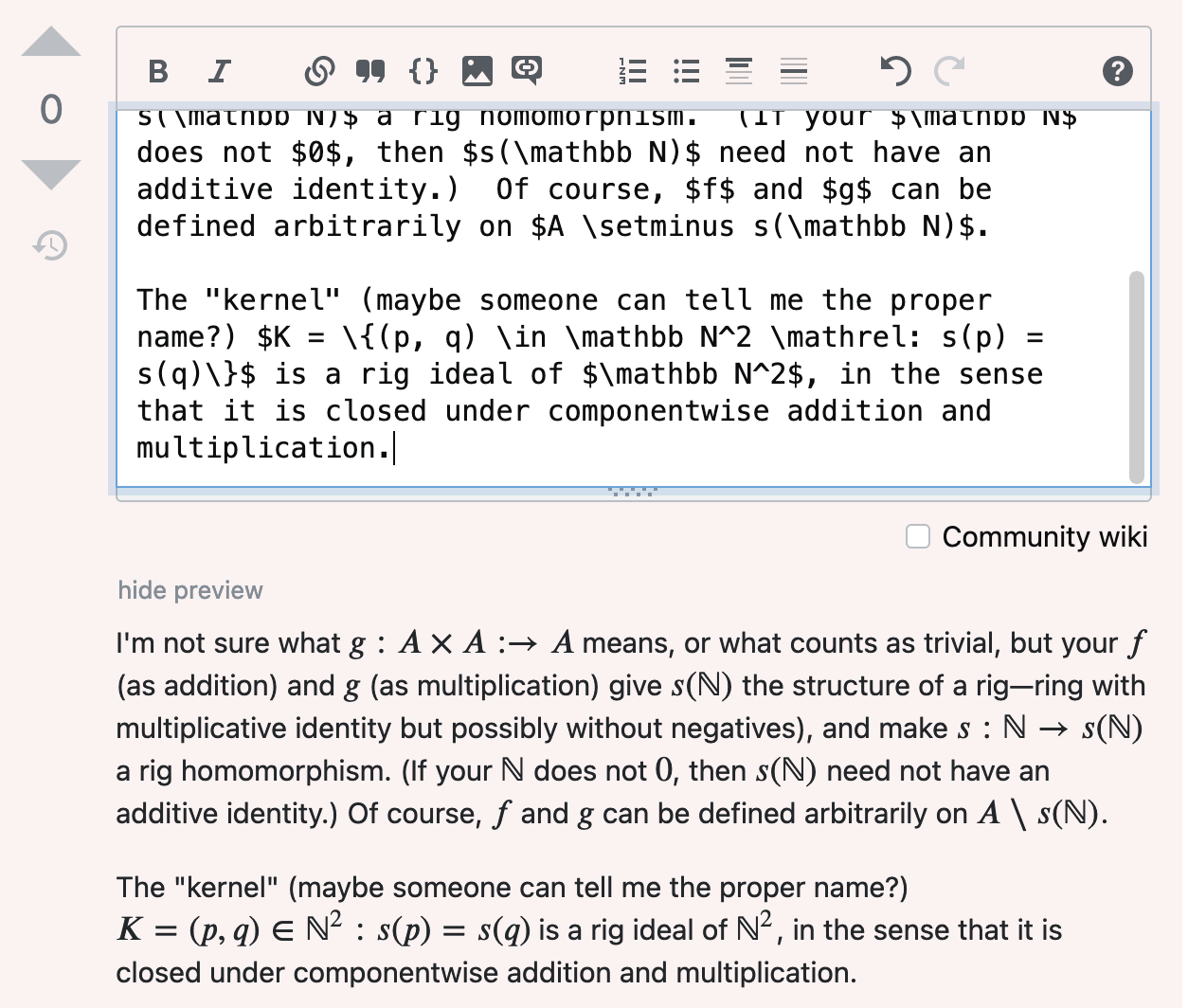 The comments below (1 2) indicate that this behaviour may not be reproducible, and, indeed, it is not now happening for me. However, it just happened again while I was editing another post (just to clean it up before it was closed). Once again, the preview converted \{\} to {}, but they displayed correctly once the post itself was rendered. When I tried editing it again, the problem did not recur. 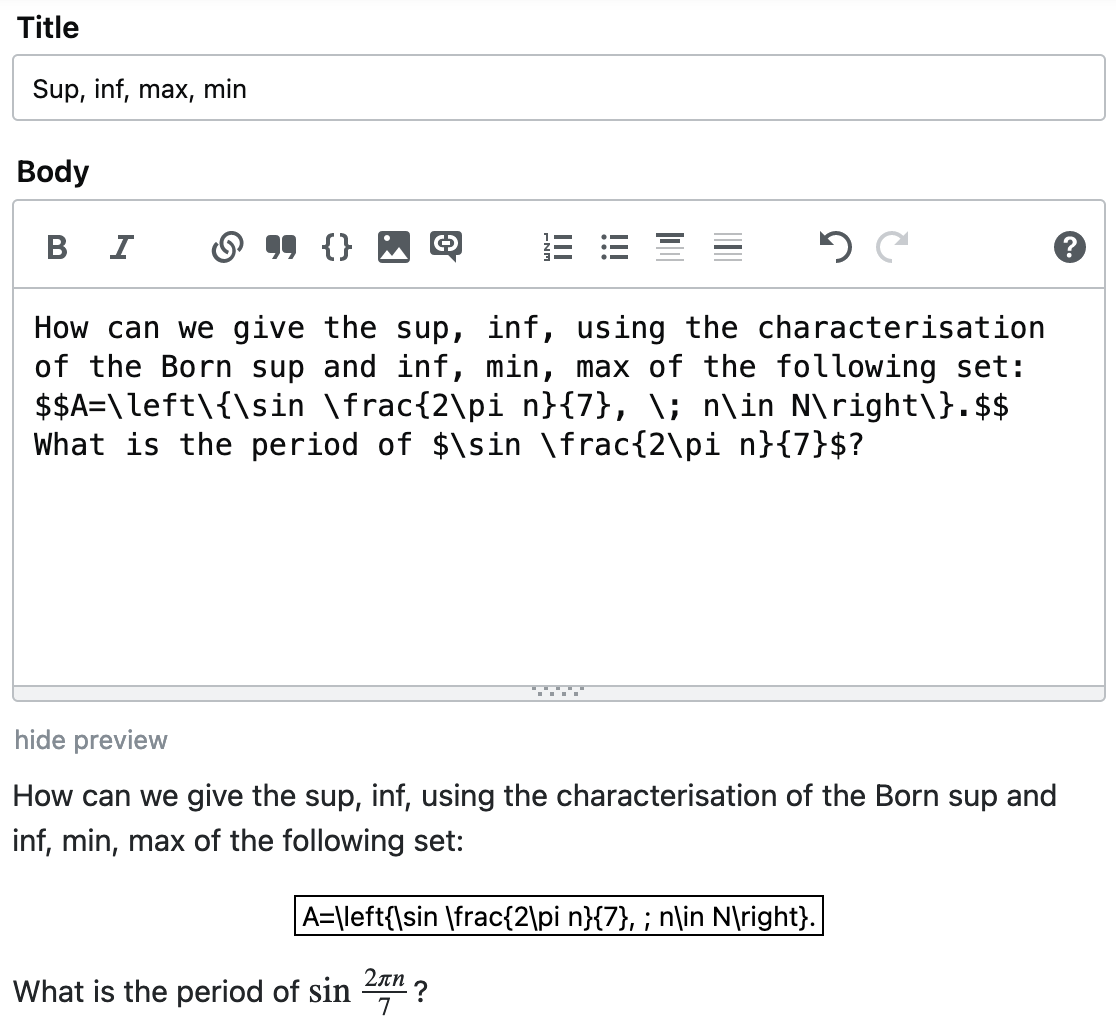 7
Will there be an update fixing the rendering?
2
Why do backticks appear in the title?
4
Rendering and inconsistency issues when reviewing edits
12
Braces don't render in preview
7
Previewed post does not match rendered post when MathJax uses *
9
How acceptable is prosemirror-math as an editor style for this site?
Question feed