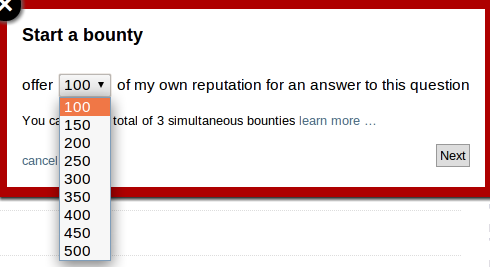 2
Placing bounties on questions which already have a good answer
3
Bounty policies
13
How can I avoid getting a bounty?
14
Why can't we close questions that have a bounty?
2
Should be simply "no answer" among bounty reasons
7
What would be good place to list unresolved bounties?
4
Should we have standing bounties?
Question feed