How can I customize site in my browser to get "old feel" look of MathOverflow? 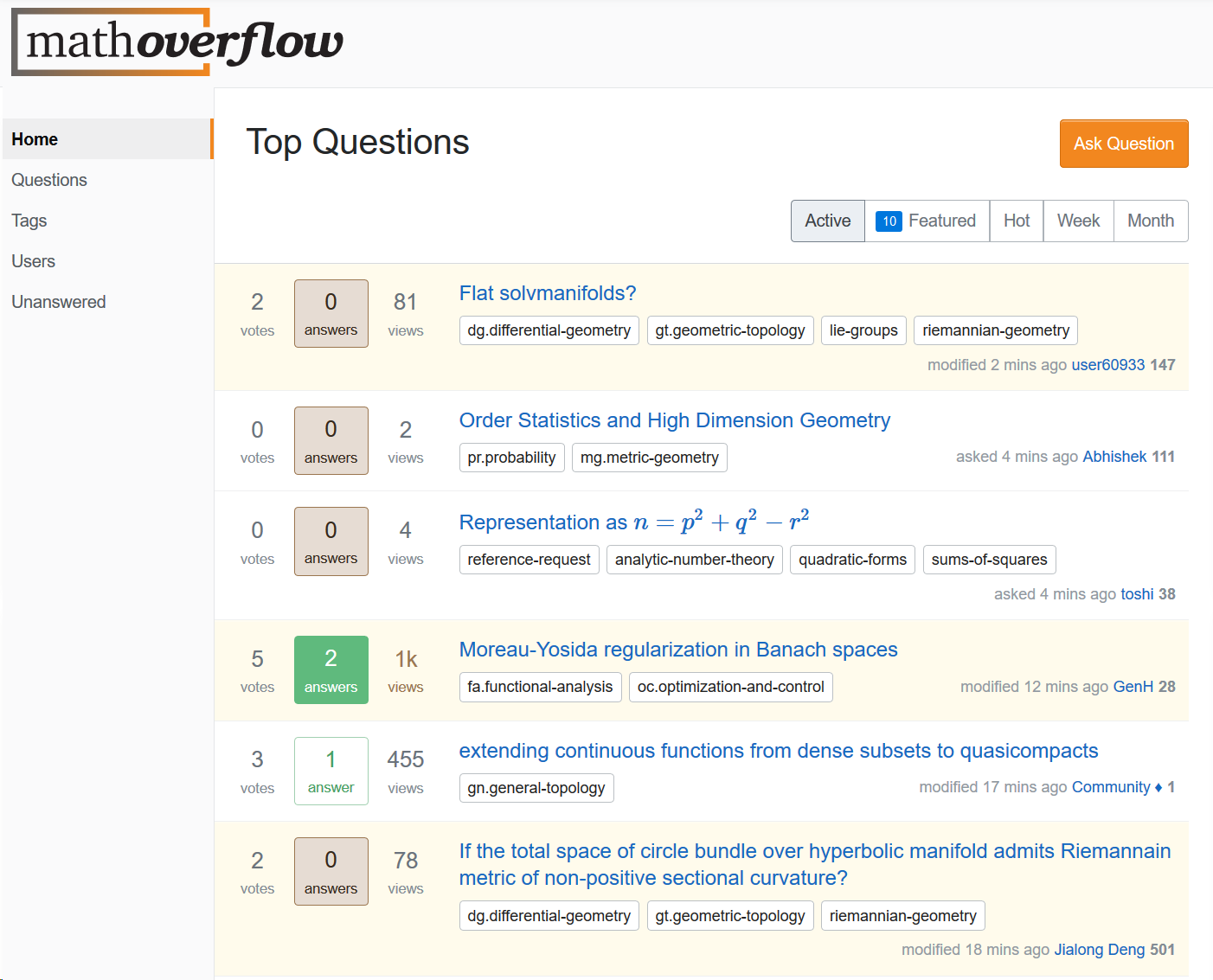 34
How can we visually differentiate MathOverflow from MathStackExchange within the constraints of the new design themes?
47
I don't like the new design and I am not the only one
16
Bringing back the old front page with custom CSS: a guide
8
Can anybody provide a clear list of design changes that are obligatory, with explanations?
2
Pink questions in the list

0
How do I login to my old MathOverflow account?
27
Site updates are live
6
How to contact a MathOverflow user?
34
How can we visually differentiate MathOverflow from MathStackExchange within the constraints of the new design themes?
47
I don't like the new design and I am not the only one
12
In the new site design, what should the background look like on MO?
11
What about temporary design changes just to make better distinction from other sites?
35
Viewing reputation and badges is now opt-in and compatible with the new front page
Question feed