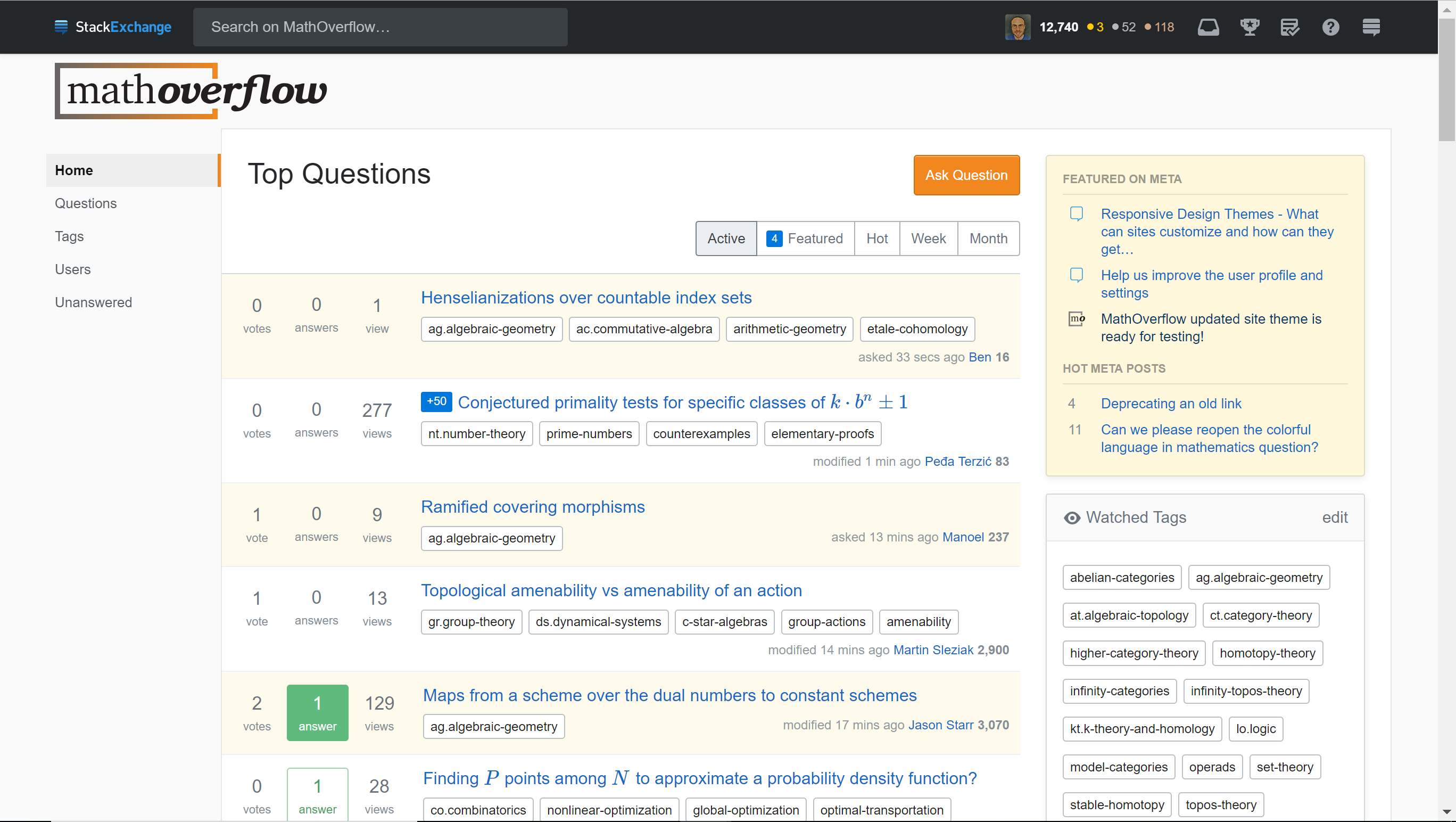 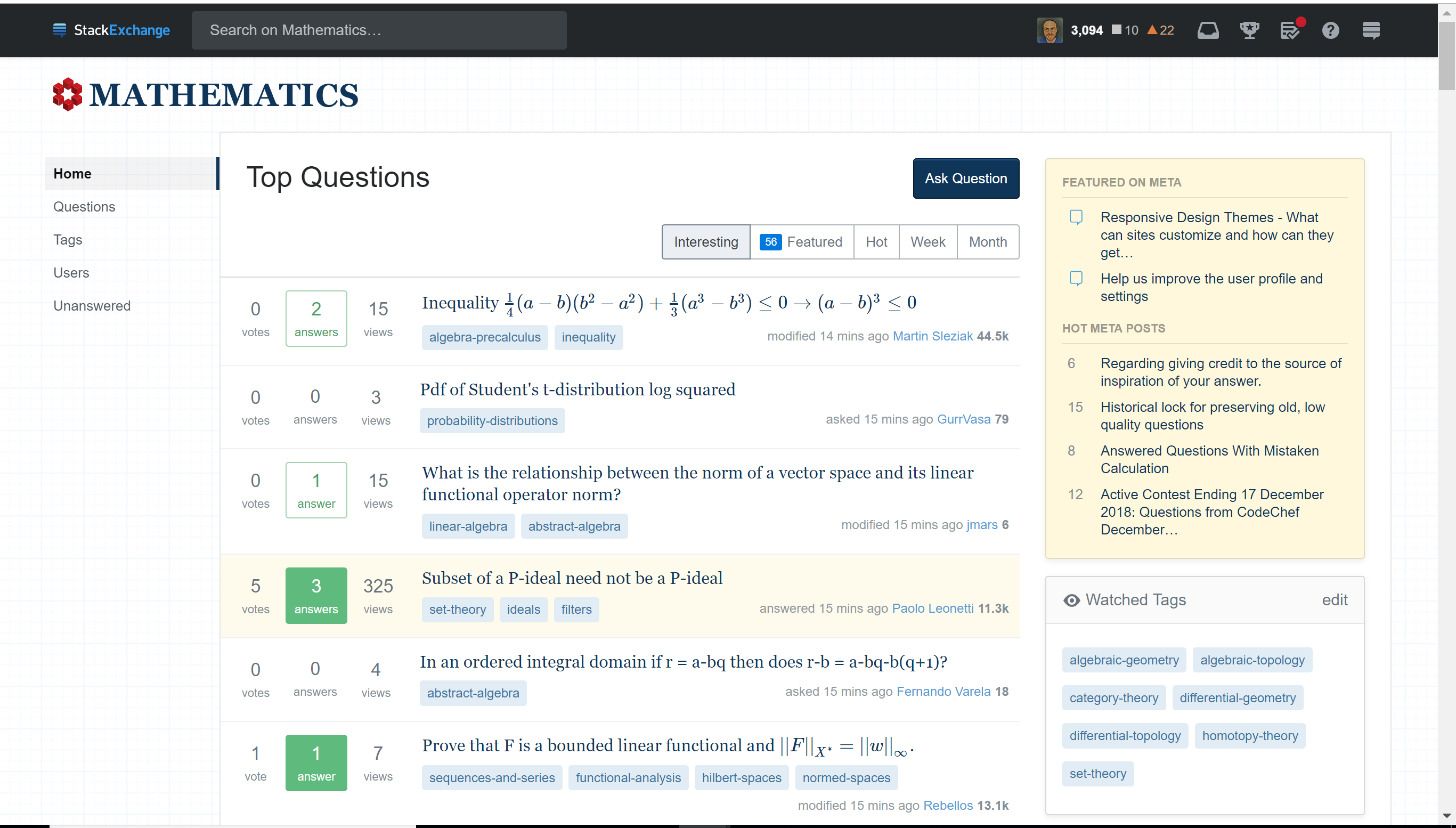 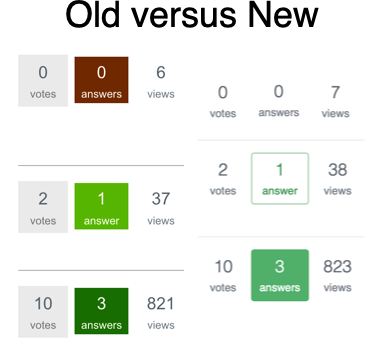 -19
MathOverflow updated site theme is ready for testing!
26
Should users be shown some basic information before posting the first question?
24
How can I customize site in my browser to get "old feel" look of MathOverflow?
12
In the new site design, what should the background look like on MO?
47
I don't like the new design and I am not the only one
11
What about temporary design changes just to make better distinction from other sites?
11
What is the plan for the new site theme?
8
What happened to the fonts?

30
On the current color scheme, and why it sucks
27
Site updates are live
11
What is the plan for the new site theme?
47
I don't like the new design and I am not the only one
8
Can anybody provide a clear list of design changes that are obligatory, with explanations?
12
In the new site design, what should the background look like on MO?
17
Noncommutative rings/algebra tags
50
Nudge: the new Stacks editor has significant implications for this site
12
Was the custom close reason mentioning Math.SE removed?
Question feed