I was leaving a comment on an accepted answer, and I noticed that the "add comment" button was overflowing, as was some of the text of the comments.

This appears on several other threads (one, two, three examples), but not on others. And I could not find any patterns which fits the whole thing (e.g. some MathJax causing breakage).

Using Firefox there is no text of button overflow, but it is clear that something is wrong:

Here is a screen shot from Firefox on Android (Nexus 6p) in "full site" mode, while there is no overflow (even the separating lines), something is obviously wrong,for example the separator lines reach all the way to the end of the colored region, while before the add comment dialog is open, they don't. 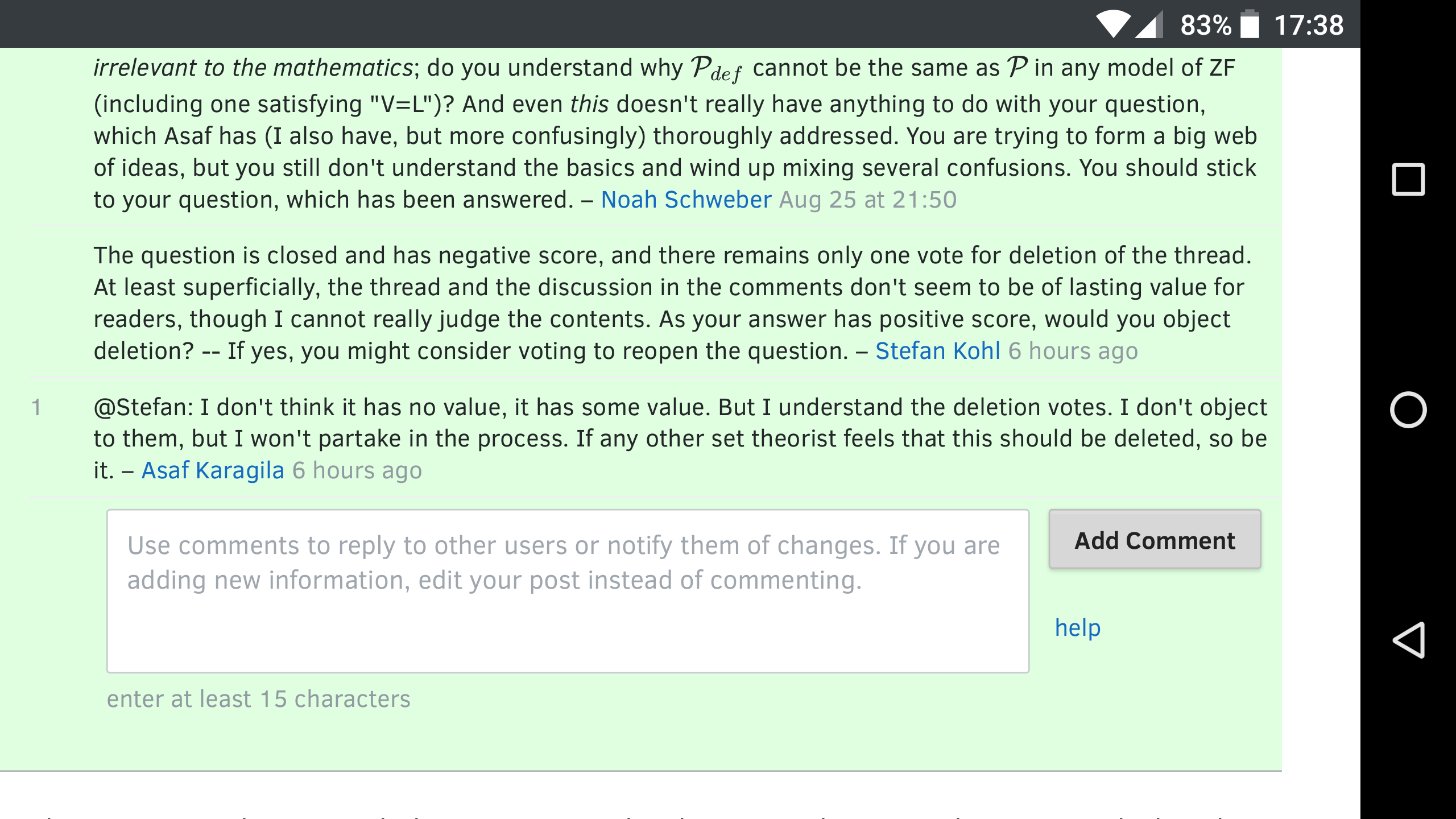 6
Minor GUI issues: the tag deletion button
20
The math! It's overflowing!
5
"[error] I'm a teapot" when trying to add a picture
6
What's the purpose of the favorite button?
4
Markdown not rendering in a particular comment
34
How can we visually differentiate MathOverflow from MathStackExchange within the constraints of the new design themes?
3
`\DeclareMathOperator` at the beginning of a comment disables some link parsing
Question feed